Many continue to ask...

MANY>> If all mankind is saved from the Lake of Fire why even evangelize?

ME>> That is an excellent question.

Many do evangelism because they think that their efforts are adding people's names to the Lamb's Book of Life.  We have already discussed that if predestination is true in any sense whatsoever, then each individual's final destiny cannot be effected in the least by even one human word or action.  So then have I even talked myself out of any valid purpose for evangelism and disciple-making?

Evangelism and discipleship cannot change any one's eternal destiny, but through God's sovereign hand, it will change one's life in this life and also during the intermediate states found in the nether world, Hades.  Christians have a new heart toward their Heavenly Father and now love God.  Non-Christians, however, continue with their sinful birth nature and only love themselves, while hating God and grace.  Christians are promised paradise at death through sweet fellowship with God and all the deceased believers that have already left this world.  Non-Christians, however, are sentenced to punishment in Hades for rejecting what is good, and in fact they have no desire for fellowship with God.

I mentioned this concept to an individual once and he remarked, "If that is true we should just party and enjoy sin because we will all be saved eventually anyway."  That comment is very sad.  Frankly, the only cure remaining for him may be to drink even more deeply of the sin he loves until he hits the floor.  Friends, God is good, his commands are good, forgiveness is good, and grace is good.  Sin, though it may entice with fleeting thrills, is not good, and will destroy our lives.

A deadly war is raging across the entire creation with Satan, the arch enemy of God, seeking to destroy God's people, mankind, through whatever means he can fabricate.  Satan began with his lies to Adam and Eve in the garden and he continues to this very day with his lies everywhere.

Surprised?  Heaven itself is soiled with Satan's rebellion and Satan has brought the battle to earth to enlist traitors here.  Yet God commands his people to follow Christ and enlist in evangelism and discipleship to join the fight against Satan and his demons.  Not convinced?

Christ invites us to take up his cross and follow him to fight against the lies of Satan by giving our everything to testify that the blood of the Lamb has paid for the sins of all mankind!  Will you join the fight?  Or sit in your religious pew?

Where are Christians promised paradise at death? Where or what is paradise? With people who have left this world? If you are referring to some sort of disembodied spirit, this comes from mythology and is not in the bible. Take time to really study this idea. 1 Cor.15

Jesus promised the thief on the cross that he would be with him in Paradise that day.  Most Christians understand the Scripture to teach that there is an intermediate state of existence between our death and the final resurrection when we will all receive our glorified bodies.  See https://www.gty.org/library/questions/QA098/do-christians-receive-glorified-bodies-immediately-after-they-die and https://www.gotquestions.org/glorified-bodies.html. 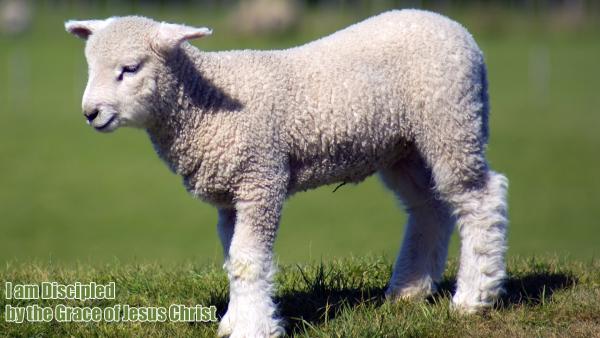