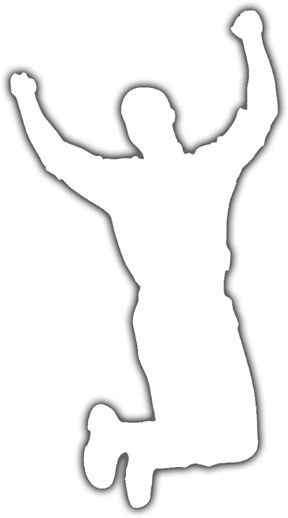 Our Salvation Evaluator matrix has been useful to categorize different streams of thought concerning Christian salvation.  When the factors of [PART or ALL] of mankind and [PART or ALL] of salvation are considered carefully, there is no fence riding.  You might possibly ride the fence between PART and ALL.  You could argue that this subject is similar to the mystery of the Trinity being three in one, or Jesus being both fully human and fully divine.  However, the great philosopher C.S. Lewis and the great theologian James Boice both agreed that there is no fence riding, though each from different sides of the fence.

We have also shown that the three cases considered thus far all have a dispute with Scripture, more or less.  Here are the few Scriptures we considered.

I John 2:1-2 (WEB) explains that Jesus did die for ALL mankind.  Verse 2 specifically highlights that Christ atoned for the sins of believers and unbelievers -- for the church and the whole world.

1) My little children, I write these things to you so that you may not sin. If anyone sins, we have a Counselor with the Father, Jesus Christ, the righteous. 2) And he is the atoning sacrifice for our sins, and not for ours only, but also for the whole world.

Ephesians 2:8-9 (WEB) explains that we are saved by grace apart from any work and that even faith itself is a gift of God.

8) for by grace you have been saved through faith, and that not of yourselves; it is the gift of God, 9) not of works, that no one would boast.

I have also said that all Christians agree that the PART for PART combination is bad math.  I have shown that the PART for ALL model (Arminianism) and the ALL for PART model (Calvinism) both dispute Scripture and reason.  First, they both claim that adherents can be certain of their salvation.  Yet it is impossible that two systems could be so different and yet both be true.  Either one OR both of these views is in grave error.  Second, since Arminian theologians claim that "faith" is the condition that secures their salvation, then their security is ultimately dependent upon their act of "faith" instead of directly and fully on Christ.  They trust in their trust.  Thus they have no true security.  Adherents can never be absolutely sure that God agrees that their act of "faith" is authentic and sufficient to guarantee salvation.  Third, Calvinist theologians do claim to have faith fully on and directly in Christ, but they also claim he only saves a chosen subset of mankind.  Thus their security requires confidence that they are part of that chosen subset.  They can have no true security either, because faith must be based on facts and the critical fact we have is that Jesus Christ died on the cross for the sins of ALL mankind.  They are trusting in their imagination.  Fear of eternal damnation inspired their imagination to hope that God loves them and the minority, because they think that God hates and damns the majority.  Again, how sad!

Curiously, when Jesus was physically present on this earth his ministry challenged both the Jew and the Gentile in different ways.  The Jews believed that they were God's chosen people, while also believing that the Gentiles were not chosen.  Jesus angered them by loving the Gentiles.  The Gentiles, however, believed that good people could touch the divine with religious acts.  Jesus angered them by saying, "I am the way, the truth, and the life. No one comes to the Father, except through me" (John 14:6b WEB).

Two thousand years later, mankind continues to pass by to the left or to the right of the cross of Christ like unbelieving Jews and Gentiles from Jesus' day.  But God continues to invite us all to come instead to the foot of the cross.  Unfortunately, the hypocrisy typified by the Jew and the false religion typified by the Gentile still obscure our understanding of God's loving grace toward ALL mankind even today.

Hopefully, I have been fair and balanced in my analysis because I have personally served time as both an Arminian and a Calvinist.  Yet now I am confident that the grace of God is a whole lot more comprehensive than either Camp Left or Right.

Join me now in considering the ALL for ALL combination next.