I will sow her to me in the earth; and
I will have mercy on her who had not obtained mercy; and
I will tell those who were not my people, "You are my people;"
and they will say, "My God!"

This passage is peculiar in that God specifically calls rebellious Israel "not my people." But after he has changed their hearts he reverts to calling them "my people."  We have already said that sheep do not become goats and goats do not become sheep.  Yet here those who are "not his people", then become "his people."  These words parallel Jesus' words of calling the stubborn Pharisees "not my sheep", but those who repented he then calls "my sheep."

Why doesn't God call rebellious Israel simply "my bad people?"  Perhaps God is willing to call a "lost sheep" a "goat" or actually "not a sheep" in order to get their attention.  For an extreme example consider that Jesus even called Peter "Satan" to his face in Matthew 16:23.  Was Peter then actually Satan?  Certainly not!  So why should we be surprised if he calls the unbelieving Jews, the rebellious elect, "not his sheep", even though they are the "lost sheep" of his pasture?  Furthermore, our wicked hearts need to be so radically changed that we become new people.  We must be born again.

The story is told of a father with a rebellious son.  The son rebelled further and further from family values until the father firmly and painfully told the rebel, "You are not my son."  The ice of those words combined with time and reflection brought the father's son back to his senses and heartfelt repentance.  The father received him with open arms weeping with joy over his son.

This strategy, which I call the "Hosea Strategy", is an integral component of the gospel of Jesus Christ.  Note also that Paul references Hosea 2:23 in Romans 9:25.  Romans Chapter 9 is the most difficult and avoided chapter in the whole New Testament.  The chapter is often avoided by Christians because it appears to teach that God hates people and has chosen some people for salvation and others for eternal damnation before they were even born.

However, I suggest that you re-read the Romans Chapter 9 with the insight that God does have special strategies, such as the Hosea Strategy, for confronting unbelief in mankind.

18) So then, he has mercy on whom he desires, and he hardens whom he desires. 19) You will say then to me, "Why does he still find fault? For who withstands his will?" 20) But indeed, O man, who are you to reply against God? Will the thing formed ask him who formed it, "Why did you make me like this?" 21) Or hasn't the potter a right over the clay, from the same lump to make one part a vessel for honor, and another for dishonor? 22) What if God, willing to show his wrath and to make his power known, endured with much patience vessels of wrath prepared for destruction, 23) and that he might make known the riches of his glory on vessels of mercy, which he prepared beforehand for glory, 24) us, whom he also called, not from the Jews only, but also from the Gentiles?

25) As he says also in Hosea, "I will call them 'my people,' which were not my people; and her 'beloved,' who was not beloved." 26) "It will be that in the place where it was said to them, 'You are not my people,' there they will be called 'children of the living God.' "

I have written further on this subject in my article, Hosea 1:10, Optimism Out of Control, Part 2: In the Same Place! 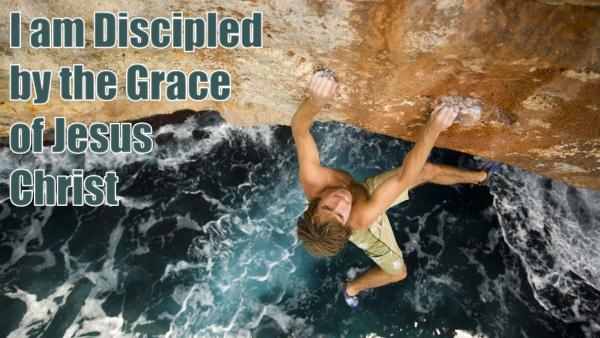