Skip to main content
King Saul’s debut into public service for God’s people began with a spiritual revival through a band of traveling musician prophets.

5) "After that you will come to the hill of God, where the garrison of the Philistines is; and it will happen, when you have come there to the city, that you will meet a band of prophets coming down from the high place with a lute, a tambourine, a pipe, and a harp before them; and they will be prophesying. 6) Then Yahweh's Spirit will come mightily on you, and you will prophesy with them, and will be turned into another man."
I Samuel 10:5-6 (WEB)

Later, an evil spirit tormented Saul, but he found comfort through the music of his servant David.

When the spirit from God was on Saul, David took the harp, and played with his hand; so Saul was refreshed, and was well, and the evil spirit departed from him.
I Samuel 16:23 (WEB)

Yet sadly, we read that Saul was driven to jealous rage… also by a musical lyric.

6) As they came, when David returned from the slaughter of the Philistine, the women came out of all the cities of Israel, singing and dancing, to meet king Saul, with tambourines, with joy, and with instruments of music. 7) The women sang to one another as they played, and said,
"Saul has slain his thousands, and David his ten thousands."
8) Saul was very angry, and this saying displeased him. He said, "They have ascribed to David ten thousands, and to me they have ascribed only thousands. What can he have more but the kingdom?" 9) Saul watched David from that day and forward. 10) On the next day, an evil spirit from God came mightily on Saul, and he prophesied in the middle of the house. David played with his hand, as he did day by day. Saul had his spear in his hand; 11) and Saul threw the spear, for he said, "I will pin David to the wall!" David escaped from his presence twice. 12) Saul was afraid of David, because Yahweh was with him, and had departed from Saul.
I Samuel 18:6-12 (WEB)

Unfortunately Saul’s love of music did not include a quiet confidence in God’s love for him. David’s successes revealed a nasty crack in Saul’s character and faith. Saul envied David when he should have been rejoicing and thanking God for David. Though we may enjoy our collections of Christian music CDs, we should be reminded that the Christian life is much more than music.
Movies such as The Sound of Music and Sister Act attempt to move us through the redemptive power of music. In fact these movies may actually get the foot tapping of believer and unbeliever alike. But friends, music cannot save us from dread sins such as Saul’s jealousy, which resides in all our hearts. Saul himself had an appreciation for music, but music could not save him from jealousy.
Sins of that caliber require the cross of Jesus Christ.
Created 2/15/07, Revised 12/4/15 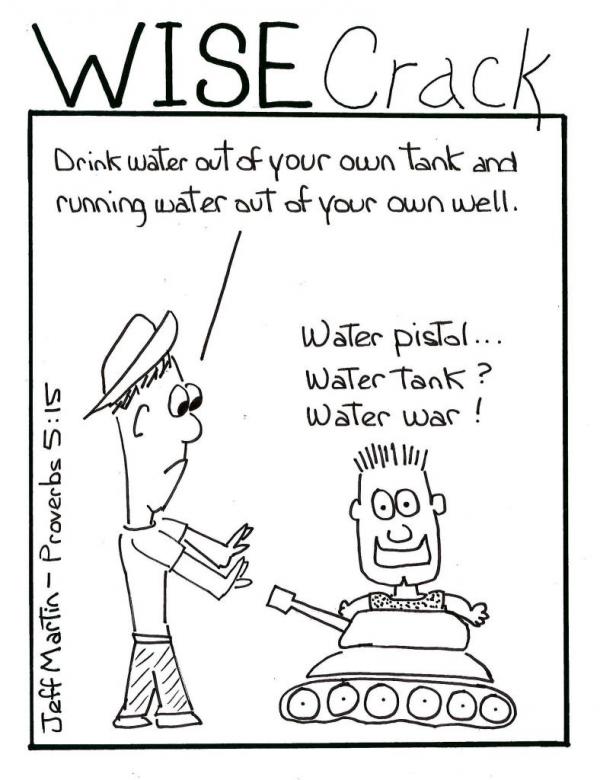