Skip to main content
What is the Image of God in Man?
Many find the image of God in the form or function of an individual. Americans in particular emphasize individualism. Some compare form with God as Trinity and man as body, soul, and spirit. Some compare function with a man as God’s vicar. These may be true, but I propose there is more. Consider,

26) God said, "Let's make man in our image, after our likeness. Let them have dominion over the fish of the sea, and over the birds of the sky, and over the livestock, and over all the earth, and over every creeping thing that creeps on the earth." 27) God created man in his own image. In God's image he created him; male and female he created them.
Genesis 1:26-27 (WEB)

This verse relates teamwork dominion and male / female sexuality to the image of God.
Perfect Oneness and Love Between Multiple Persons: Marriage / Church
I propose that one aspect of God’s image in man often missed is this: perfect oneness and love between multiple persons. God himself is three persons, Father, Son, and Holy Spirit, perfectly united in one God. We marvel over this doctrine. Marvel also that the Scriptures say, “Therefore a man will leave his father and his mother, and will join with his wife, and they will be one flesh. The man and his wife were both naked, and they were not ashamed” (Genesis 2:24-25 WEB). Here this aspect of God’s image is revealed with three persons, a male and a female, united in one flesh marital relation with God’s blessing. One could argue the full image of God within mankind requires male / female fellowship. An exclusive male or female fellowship or an individual misses this aspect of God’s image.
The theme of perfect oneness and love between multiple persons is repeated in Jesus’ prayer for his followers. “The glory which you have given me, I have given to them; that they may be one, even as we are one; I in them, and you in me, that they may be perfected into one; that the world may know that you sent me and loved them, even as you loved me” (John 17:22-23 WEB). So in addition to marital one flesh unity Jesus prays for Christian unity.
Wait! What about Jesus?
Wait! If multiple persons are essential to God’s image, did Jesus miss this as an individual? Jesus was never an independent individual but always one with the Father. Consider, “Philip said to him, 'Lord, show us the Father, and that will be enough for us.'  Jesus said to him, 'Have I been with you such a long time, and do you not know me, Philip? He who has seen me has seen the Father. How do you say, 'Show us the Father?' 10 Don't you believe that I am in the Father, and the Father in me? The words that I tell you, I speak not from myself; but the Father who lives in me does his works. 11 Believe me that I am in the Father, and the Father in me; or else believe me for the very works' sake' ” (John 14:8-11 WEB).
Double wait! If we are created in his image as male and female, is God then also male and female? No. God always describes himself as our Father without a mother god. First, understand mankind is created in HIS image. We cannot reverse the direction and make God into our image. Second, the reason we must be male and female to be in God’s image is more involved because Ephesians 6:31-32 (WEB) says, “For this cause a man will leave his father and mother, and will be joined to his wife. The two will become one flesh. This mystery is great, but I speak concerning Christ and of the assembly.” So not only is male and female marital union an expression of the image of God, but a husband’s self-sacrifice for his wife is also a picture of Christ and the church. Paul says this is a great mystery.

Men note, though marriage is a picture of Christ and the church, 1 Corinthians 11:11 teaches the inter-dependence of male and female. That is God also calls women to Christ-likeness through self-sacrifice. In the end God is the leader in self-sacrifice for us all and we are his children.
For this reason I oppose Bible translations that claim to modernize the message by exchanging male terms for God with neuter or female terms. I am also opposed to translations that change masculine references to mankind for neuter or male / female terms. References to humanity in the Scripture are typically male because men have been appointed head of women in marriage and leaders in the church to reflect the image of God in mankind. These translations change the inspired word of God and malign the very heart of the image of God in mankind.
What about Male and Female Animals?
Wait again! If we are created in his image as male / female, do animals also possess God’s image? No. My thesis is that perfect oneness and love between multiple persons is an aspect of God’s image. And male / female one flesh relationship is only one expression of this oneness. Jesus also prayed for oneness between believers regardless of gender. And though animals are also male / female, Ecclesiastes 3:18 reminds us that in our fallen state we may behave like animals, but we are still qualitatively different. Consider a brief comparison:
The Union of Justice and Mercy, The Carrot and Stick, and More!
We worship God for the union of justice and mercy shown at the cross of Christ. God’s justice demands that punishment be mete out for sin. God’s mercy moved him to bear the punishment himself for those he would save. Justice and mercy crash together in love for mankind at the cross. Unbelief can remain only because of ignorance or an imbalanced understanding of justice and mercy. To receive salvation sinners need to see both the need because of the justice of God and the provision through the mercy of Christ, only visible in perfect measure at the cross. Justice is imbalanced in one who imagines he possesses some righteousness or that God unrighteously winks at sin. Mercy is imbalanced in one who images he can avoid separation from God for his sin or that God can forgive without justice being met. Marvel that balanced communication of justice and mercy to mankind was perfected by the teamwork of all persons of God the Trinity at the cross. Though each are equally God, at the cross the Father served as administer of justice, the Son served as sacrifice of mercy, and the Holy Spirit still serves as messenger of the good news.
Likewise, God chooses to reveal his nature of justice and mercy through the teamwork of male and female temperaments for more effective romance, parenting, and discipleship. Paul says,

7) But we were gentle among you, like a nursing mother cherishes her own children. 8) Even so, affectionately longing for you, we were well pleased to impart to you, not the Good News of God only, but also our own souls, because you had become very dear to us. 9) For you remember, brothers, our labor and travail; for working night and day, that we might not burden any of you, we preached to you the Good News of God. 10) You are witnesses with God how holy, righteously, and blamelessly we behaved ourselves toward you who believe. 11) As you know, we exhorted, comforted, and implored every one of you, as a father does his own children, 12) to the end that you should walk worthily of God, who calls you into his own Kingdom and glory.

Two persons working toward a common goal allows one to pull and the other to push for more rewarding labor. A stubborn donkey is easily moved by one person leading with a carrot and another prodding with a stick.
God also chooses to reveal his numerous roles of service to mankind through the teamwork of spiritual gifts among believers. Paul teaches in Ephesians 4:11-13 (WEB),

11) He gave some to be apostles; and some, prophets; and some, evangelists; and some, shepherds and teachers; 12) for the perfecting of the saints, to the work of serving, to the building up of the body of Christ, 13) until we all attain to the unity of the faith and of the knowledge of the Son of God, to a full grown man, to the measure of the stature of the fullness of Christ.

It sounds as if you are saying that one which is "corrupt" by homosexuality that will never be able to fully worship God. I find that untrue, for regardless of his desires he is still pure of heart and may continue to be a soldier of God working in his honor.

Thanks for that comment. I'll have to re-read my article above, but one quick thought is that I would distinguish between someone who was fighting against homosexual temptation and serving Christ, versus someone who condoned it. The one fighting against temptation would be as you say a mighty soldier of God and through the fight gain great worship toward God. After all every Christian is in a great fight with temptation of some sort or another and it is in the midst of the fight that we truly learn to worship God. However, when we give up the fight, then there is no honor.

I re-read my article above looking to see if my mind changed on any points. I did tune a few things up, so please feel free to re-read the article again. However, the main points remain the same.

As for your objection above I would be curious what Bible verses you are using to defend your point. For myself I think the glory of marriage as God intended is highlighted in Ephesians 5:22-33 and the dishonor of homosexuality is explained in Romans 1:18-32.

Also consider an extra-Biblical metaphor. Lets compare sexual relations to driving a hot rod sports car, such as a Corvette. Suppose the inventor of the Corvette gave the first two cars made to his two sons, but the sons were very foolish. They used the forward gears to drive reverse and reverse to drive forward. Yet the Corvette performance was so impressive that the sons still bragged about the car to all their friends, but they were obviously not looking at their father's face for direction. Until one son did look at his father's face, found forgiveness, correction, and the right direction. That son found not only greater pleasure in driving the Corvette, but even greater praise for the love, forgiveness, and creative genius of his father. 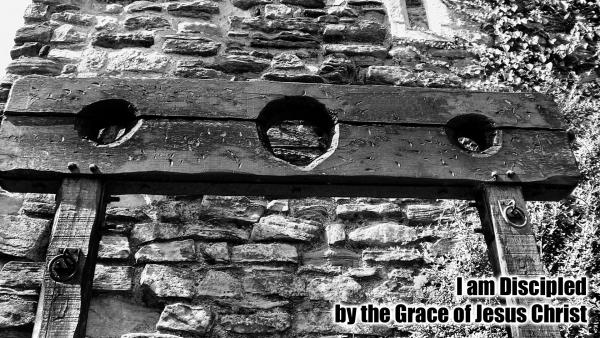 Timothy(1) 2:11-15, The Total Depravity of Man... and Woman
Proverbs 26:4-5
He Went To Jerusalem
Christ Dismembered
John 5:28-30 Offers No Optimism!
John 14:8-21, Marriage Part XOXO - Intimate Reflections of the Image of God
I Do Not Agree
END_OF_DOCUMENT_TOKEN_TO_BE_REPLACED