Skip to main content
Recently at my employ I was asked to read and report on the latest best seller titled Good to Great, by Jim Collins.  The author of the book researched very successful businesses and distilled his findings into a number of axioms that have propelled good organizations to enduring greatness.  I enjoyed the book and reported on the axioms that I felt to be most useful.  However, in my report I also added that the book had missed the most important axiom of all.  Jesus said, "apart from me you can do nothing" (John 15:5 WEB).
Unfortunately, world business and culture are in a drunken stagger from current successes and this book continues the trend of giving no glory to God.  How long before God is angered by our failure to acknowledge that everything, both success and failure, is directly from his hand of grace?  Instead, if we are after true greatness why not consider the words of Christ himself?

1) In that hour the disciples came to Jesus, saying, "Who then is greatest in the Kingdom of Heaven?" 2) Jesus called a little child to himself, and set him in the middle of them, 3) and said, "Most certainly I tell you, unless you turn, and become as little children, you will in no way enter into the Kingdom of Heaven. 4) Whoever therefore humbles himself as this little child is the greatest in the Kingdom of Heaven."
Matthew 18:1-4 (WEB)
11) But he who is greatest among you will be your servant. 12) Whoever exalts himself will be humbled, and whoever humbles himself will be exalted.
Matthew 23:11-12 (WEB)
33) He came to Capernaum, and when he was in the house he asked them, "What were you arguing among yourselves on the way?"  34) But they were silent, for they had disputed with one another on the way about who was the greatest.  35) He sat down, and called the twelve; and he said to them, "If any man wants to be first, he shall be last of all, and servant of all." 36) He took a little child, and set him in the middle of them. Taking him in his arms, he said to them, 37) "Whoever receives one such little child in my name, receives me, and whoever receives me, doesn't receive me, but him who sent me."
Mark 9:33-37 (WEB)
46) An argument arose among them about which of them was the greatest. 47) Jesus, perceiving the reasoning of their hearts, took a little child, and set him by his side, 48) and said to them, "Whoever receives this little child in my name receives me. Whoever receives me receives him who sent me. For whoever is least among you all, this one will be great."
Luke 9:46-48 (WEB)
24) A dispute also arose among them, which of them was considered to be greatest. 25) He said to them, "The kings of the nations lord it over them, and those who have authority over them are called 'benefactors.' 26) But not so with you. But one who is the greater among you, let him become as the younger, and one who is governing, as one who serves. 27) For who is greater, one who sits at the table, or one who serves? Isn't it he who sits at the table? But I am among you as one who serves."
Luke 22:24-27 (WEB)

A quick study of Christ's teaching proposes that the way to greatness is to 1) become as little children, 2) humble yourself as a little child, 3) aim to be last of all, 4) be the servant of all, 5) be humble enough to be kind to little children, and 6) be as the younger.  True greatness is found in being the servant of all.  I wonder if this teaching of Christ would be a best seller?  I also wonder if the ministry of Christ would be listed among the enduring great organizations of our time?  His teaching is so offensive that he was crucified leaving behind a few stunned disciples.  Even in our present age the church of Christ seems to be in death throws with division, apostasy, scandal, and rejection by the world.  Thankfully the axioms of Christ demonstrate that God does not measure greatness by the same standards as Jim Collins or the wisdom of our world.
I know a man who set out to operate a business by the standards of Christ.  Many times he was faced with difficult decisions whether to tell a small lie, fudge a small detail, play politics, scratch someone's back, deal unethically, or to reject these means and follow the example of Christ.  Of course he is not perfect, but he has passed many of God's tests of character at the expense of having a successful business by this world's standards.  Which would you rather have?  The reward of hearing Christ say, 'Well done good and faithful servant,' or praise from man for an organization which is an enduring financial success?
Jesus said you cannot serve both God and money.  Yet great as my friend is, not one of us even comes close to the servant heart of Christ who humbled himself even to death on a cross, suffering the death we deserve, in our place so that our sins could be forgiven.  No matter how good or great you happen to be you must receive the grace of Jesus Christ to be a winner.  Now that is "Good to Grace."
Created 4/15/05, Revised 11/28/15 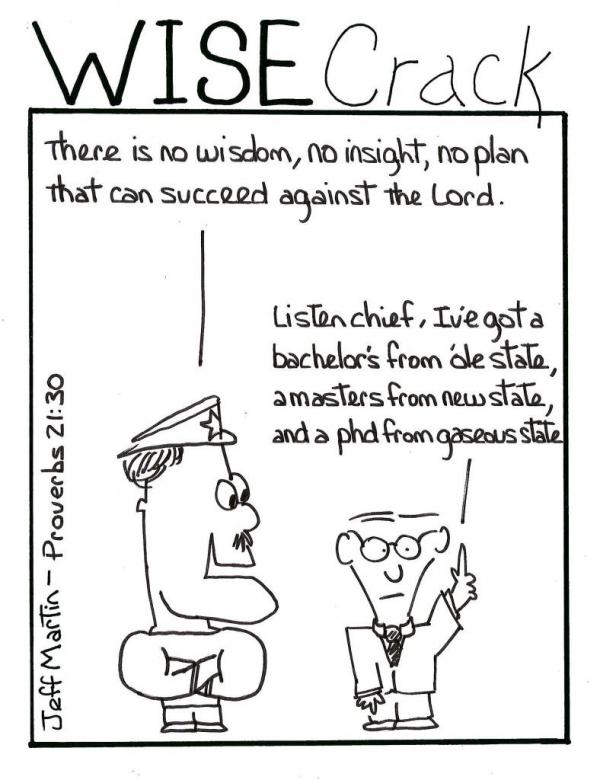