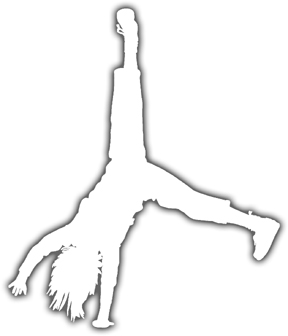 Thank you for taking the time to read my thoughts concerning the gospel of Jesus Christ.  I would be grateful to receive your thoughts and comments at DGJC.ORG/CONTACT.  I can think of no other subject that has grabbed my attention as powerfully as the cross of Christ.  Hopefully you feel the same way.  The love of Jesus Christ and his tender caress in removing the thorns of sin from the hearts of his people is nothing less than pure ecstasy.  The hymn writer said it best...

It was grace that taught my heart to fear...
and grace my fears relieved.

My incredible thought at the beginning of this treatise was this:

Jesus Christ is your savior, my savior, and the savior of all mankind.

Hopefully I have taken enough time and reasoned soundly enough to persuade you that my optimism is in control and Biblically defended, even if you still disagree with me.  And at whatever points you or I are in error or disagreement, I am fully persuaded that the grace of God has covered and will overwhelmingly cover them all.

My view is certainly optimistic for the believer. However, the unbeliever, the one rejecting grace and refusing obedience to Christ's commands, has no confident optimism in his own worldview. The Arminians with their free will and the Calvinists with their limited atonement can offer no true assurance or guarantee before Holy God. So while God is constant is his love for all mankind, unbelievers do not know him as the God of grace. Grace is not at the foundation of their salvation recipe so their hearts can only contain fearful expectation of coming judgment, even though their fears are painted over with a thin veneer of religion. How sad!

The Scripture is clear that damnation to the Lake of Fire is the certain destiny of all the unredeemed. It is a matter of fact by definition that the unredeemed are not purchased back by God and thus are lost for all eternity. Yet sadly unbelieving mankind inwardly fears this destiny even though they were already redeemed at the cross and guaranteed a home in heaven.

Yes it is true that Jesus Christ is not the savior of the unredeemed.  They are not chosen by him for grace.  They are not graced with repentance.  Conscious torment in the Lake of Fire is their destiny for The Ages of The Ages.  There is no escape.

So if you reject that Christ paid for the sins of all mankind the only possible hope for any of us is that you are wrong. So why reject your election and wait in fearful expectation? Why deny that Jesus has paid for your sin, bought you back for his very own, redeemed you from condemnation by dying on the cross for you? If you do not consider yourself one of Jesus' chosen people then be warned that damnation is the only destiny of the unredeemed. Only those whose sins are paid for by the blood of Christ are redeemed and purchased back for eternity in Heaven. Friend, Jesus has fully paid for all your sin! You are redeemed! Why not believe? Why live like a pauper when the King of the Universe is your Father?

26) For if we sin willfully after we have received the knowledge of the truth, there remains no more a sacrifice for sins, 27) but a certain fearful expectation of judgment, and a fierceness of fire which will devour the adversaries. 28) A man who disregards Moses’ law dies without compassion on the word of two or three witnesses. 29) How much worse punishment do you think he will be judged worthy of who has trodden under foot the Son of God, and has counted the blood of the covenant with which he was sanctified an unholy thing, and has insulted the Spirit of grace? 30) For we know him who said, "Vengeance belongs to me;" says the Lord, "I will repay." Again, "The Lord will judge his people."

The Scripture is clear that fearful expectation is the only possibility for those who refuse to rest confidently in Christ.  There is no bending of that Scripture.  Furthermore, even the elect of God, those whom Jesus has redeemed, whose sins are fully paid, will be punished in the fires of Hades if they do not repent and receive the grace of Christ.

1) But false prophets also arose among the people, as false teachers will also be among you, who will secretly bring in destructive heresies, denying even the Master who bought them, bringing on themselves swift destruction. 2) Many will follow their immoral ways, and as a result, the way of the truth will be maligned. 3) In covetousness they will exploit you with deceptive words: whose sentence now from of old doesn’t linger, and their destruction will not slumber. 4) For if God didn’t spare angels when they sinned, but cast them down to Tartarus, and committed them to pits of darkness to be reserved for judgment; 5) and didn’t spare the ancient world, but preserved Noah with seven others, a preacher of righteousness, when he brought a flood on the world of the ungodly; 6) and turning the cities of Sodom and Gomorrah into ashes, condemned them to destruction, having made them an example to those who would live in an ungodly way; 7) and delivered righteous Lot, who was very distressed by the lustful life of the wicked 8) (for that righteous man dwelling among them was tormented in his righteous soul from day to day with seeing and hearing lawless deeds): 9) the Lord knows how to deliver the godly out of temptation and to keep the unrighteous under punishment for the day of judgment;"

Even the unbelieving redeemed will be punished in Hades after this life, unless they repent. Though the Lord has purchased all mankind with his blood, temporal punishment in Hades is certain for unbelieving mankind if they do not repent. I will now conclude briefly with a few quick thoughts about the redeemed and the reprobate while letting the Scripture itself be my conclusion with Revelation 22:7-21.